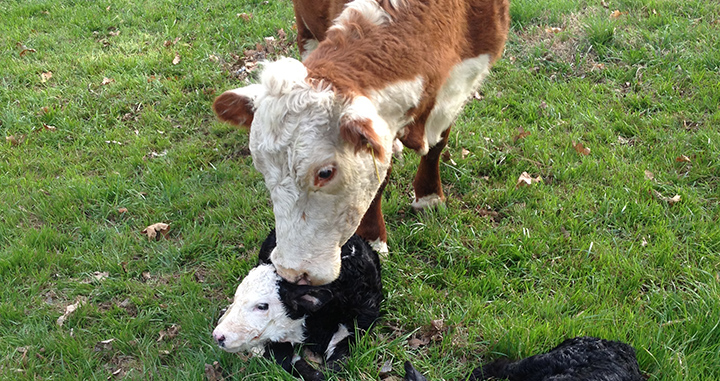 Every so often, there comes a turning point in technological advancement that renders old technology obsolete. Smartphones replaced flip phones. Video streaming services put video rental stores out of business. Flat screen televisions replaced old, bulky consoles. These now-outdated technologies may have seemed like fads or luxuries rather than necessities when they first appeared, but, looking back, we realize how radically each one changed the very nature of its respective industry.

Animal nutrition has reached a similar tipping point with the introduction of the Blueprint® nutrition program. Blueprint isn’t just a brand; it’s a philosophy. This philosophy is built on the premise that mineral nutrition has not evolved at the same pace as modern agriculture.

These methods have all led to the next step, the future of mineral nutrition in beef cattle, which is offered through Blueprint. Rather than delivering higher levels that increase waste and can come with unintended side effects, Blueprint specifically targets animal needs with only highly bioavailable trace minerals, delivered in a form as close to nature as possible.

Why the Blueprint nutrition program is superior to past nutritional strategies

Supplementation with inorganic trace mineral oxides and sulfates absolutely did — and still does — raise the levels (i.e., in the blood, liver, cells, etc.) of these minerals within the target animals, helping them reach their performance goals. The downside of this method, however, is that it is highly inefficient; increasing the levels of these metals in the diet means increasing their levels in manure, which can lead to soil and water pollution.

Higher levels of these metals in the diet also create a cascade effect within the animal, as chemical reactions that take place in both the rumen and the rest of the gastrointestinal tract render some minerals unavailable. For example, high levels of dietary molybdenum and sulfur can lead to the creation of thiomolybdates in the rumen that interfere with copper absorption. Increased levels also force minerals to compete for binding sites, so that an excess of one mineral creates a functional deficiency of another. These conditions foster oxidative processes that can stress the animal’s systems. Essentially, increased levels of minerals may fix one problem, but their unintended interactions cause more problems to arise.

Using targeted levels of chelated Bioplex® proteinates and Sel-Plex® selenium yeast, we can actually achieve equal or greater productivity while supplementing LESS than would be necessary to get the same results with inorganic sulfates and oxides.

Another advantage provided by exclusively using Bioplex proteinate sources instead of commercially available sulfates or oxides from global markets is that, increasingly, metals come from recycled industrial sources rather than from traditional mining. Possible contaminates from these industrial sources include heavy metals like lead, mercury or arsenic, as well as dioxins and PCBs. The market for traditional inorganic sulfates and oxides is heavily industrial, and a very small percentage goes to human and animal nutrition; as such, there is no market pressure for purity. Bioplex proteinated metals are used exclusively for nutritional purposes and undergo a stringent quality assurance process. Roughly 30 percent of all metal sources are rejected due to unacceptable levels of contamination. With Alltech Bioplex proteinated minerals, producers can rest assured that their animals are being fed only the purest ingredients.

To summarize, Blueprint by Alltech delivers organic chelated Bioplex metal proteinates and Sel-Plex selenium yeast with zero inorganic sources of trace minerals. Due to their increased efficiency, these minerals are delivered at a targeted rate for each animal group that is LOWER than current industry standards. Lower trace mineral levels and decreased amounts of sulfates and oxides in the diet also reduce unwanted biochemical reactions and further increase animal efficiency. The lowered dietary levels and increased bioavailability also significantly reduce the levels of minerals excreted that could potentially contaminate soil and water sources. Alltech’s stringent quality control program prevents dangerous contaminants from ever entering the food chain. All in all, Blueprint can be summed up in one word: EFFICIENCY.

Be on the lookout for new and exciting Blueprint supplements for cutting-edge technology in animal nutrition at your local feed stores. Ask for SWEETLIX by name at your local SWEETLIX dealer or call 1-87-SWEETLIX for more information.

Blueprint®, Bioplex® and Sel-Plex® are registered trademarks of Alltech.