Dystocia in heifers is often a concern for many cattle producers. Injury caused by dystocia causes up to 80% of perinatal calf losses and is most common in first calf heifers. Excessive calf size can result in malpresentation due to the calf not being able to properly position itself in the birth canal or total fetopelvic disproportion requiring C-section delivery. 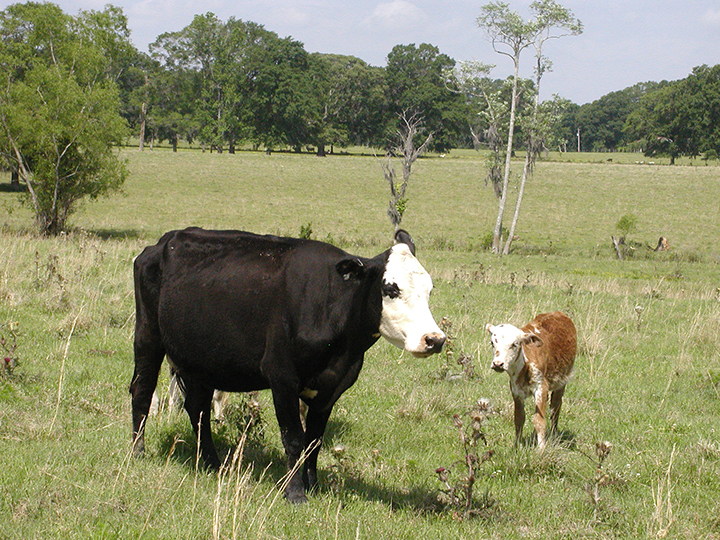 Calf size is a function of both genetics and maternal environment. We know that genetics plays a large role in calf size and thus use “calving ease” bulls to help reduce this risk, but what about nutrition of the dam? How many of you have heard “Don’t feed heifers during late pregnancy or you’ll have to pull calves” or “Feeding protein will cause monster calves”?  Does supplemental feeding of heifers contribute to excessive fetal growth?

Over the last four decades, results are mixed when it comes to the question of prepartum diet and birth weight.  Many studies found absolutely no correlation between prepartum diet and birth weight.  Others found that nutrient intake during gestation did significantly increase birth weight. However, when researchers tracked both birth weight and dystocia scores, it was found that birth weight increased without affecting incidence of dystocia. In a study conducted at three land grant universities in three different states replicated over 3 years, the effects of body condition score on heifer reproductive performance was studied. They found that increasing heifer BCS score at calving resulted in increased calf birth weights but without an increase in dystocia (See Table 1).  So this means we can feed our heifers to hit a target BCS of 5 or 6 without worry of increased dystocia. The fact that the adjusted weaning weights on these calves were not statistically significant lends to the theory that body energy stores at calving don’t affect milk production, but rather that it is dictated by feed intake during lactation. So the moral to this story is that even if your heifers give birth as a BCS 4, you can feed them sufficiently to have their calves catch up with calves from contemporaries that calved at a higher BCS.

But here’s why you definitely DO want to supplement in late pregnancy, heifers that calve in better body condition get pregnant sooner and ultimately have greater lifetime productivity (and profitability!). The heifers scoring a BCS of 5 or 6 at calving were documented to get pregnant sooner and overall more of them were pregnant at the end of the breeding season than those calving at BCS 4 (See Table 2).  This result held true despite the fact that all groups were fed for weight gain during the postpartum period (as evidenced by there being no statistical difference in weaning weights). The take away is that even with extra feed in the postpartum period, the heifer can’t eat enough to fully replenish her energy reserves to get pregnant again quickly.  Thus to keep heifers on schedule to calve with the rest of the herd in the future, we need to manage their prepartum diet to have them calving as a BCS 5 or 6.

In summary, heifer nutrition and body condition at first calving is critical for future productivity. We need to target our heifers to calve at a BCS of 5 or 6 for optimum rebreeding.  Don’t be afraid to supplement during pregnancy to make sure your heifers calve in good flesh. Download our free Body Condition Score app by searching your app store on your smart phone to receive this useful tool that can help you monitor BCS not only in your heifers but in the entire herd. SWEETLIX Livestock Supplements can help you maintain proper BCS with a wide variety of supplements available.

Table 2. Percentage of heifers pregnant during a 60-day breeding season as affected by BCS at calving