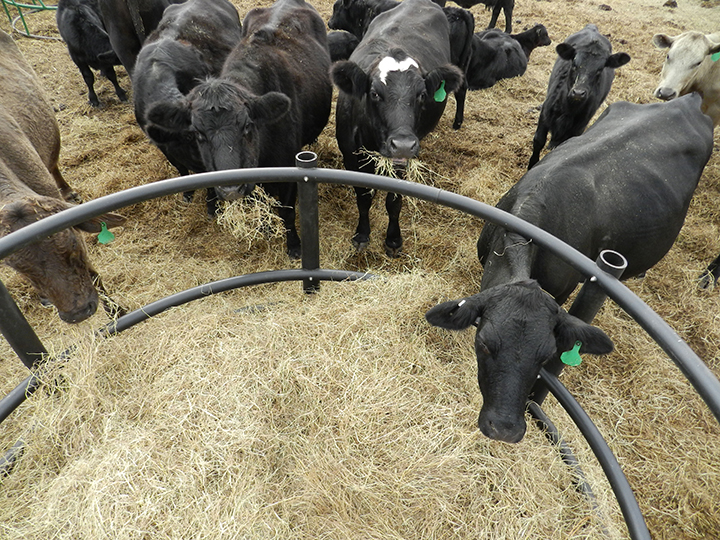 On average, feed costs represent 40 to 60% of the total budget for a cattle operation. Of this, hay represents a sizable proportion. Your choice of hay feeder design can significantly influence how much hay is wasted and thus your total feed costs.

The most popular means to feed hay to cattle are the open-bottomed steel ring feeders or even no feeder at all (which has been shown to result in waste in excess of 50%). If you as a producer fall into either of these categories, you can quickly see the money you are leaving on the table. The costs of waste above were calculated assuming a cost of just $70 per 1,200-pound bale. As we all know, with hay in tight supply, prices per bale this fall and winter can easily shoot much higher than this.

Investment in cone feeders or cone-inserts onto existing ring feeders will quickly pay for themselves, especially in a year like this. One thing to remember, however; is that cone feeders require a tractor with a front-end loader to place bales into feeders. Those without access to a tractor should consider one of the other hay feeder types as they can be placed over bales by hand.

In summary, make the most of your hay investment by reducing waste. You can also stretch your hay by up to 10% by providing SWEETLIX® EnProAl® protein supplements. To learn how SWEETLIX EnProAl supplement blocks can provide this benefit, call 1-87-SWEETLIX to speak with a SWEETLIX nutritionist. Ask for SWEETLIX by name at your local SWEETLIX dealer.