Like minerals, vitamins play key roles in the overall nutrition of the animal but since the amounts needed are so small compared to other nutrients they are often overlooked. In rations for adult ruminants, vitamins A is of greatest concern and most likely to be deficient. Under normal conditions, a healthy adult ruminant will synthesize adequate amounts of B vitamins as well as vitamins C, D and K. For the purposes of this article we will focus on vitamin A. 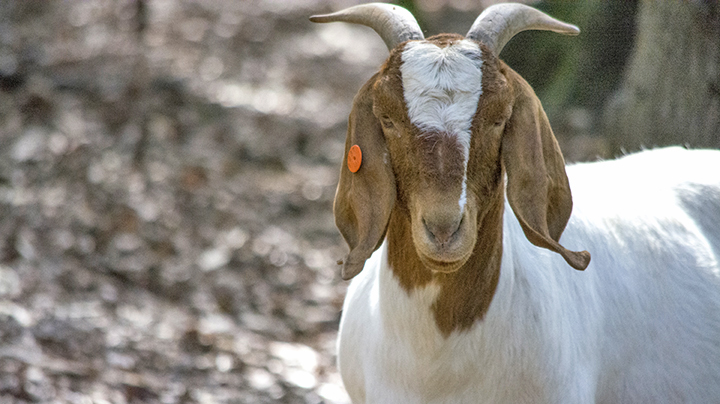 What is vitamin A and what does it do?

Vitamin A, or retinol, is a colorless, alcohol compound. Vitamin A is one of the fatsoluble vitamins (along with vitamins D, E and K). All animals require vitamin A for proper nutrition. Vitamin A is necessary for many functions in ruminants including: vision, bone growth, immunity and maintenance of epithelial tissue. Vitamin A is essential for proper vision and is utilized in the retina in the chemical reactions necessary for sight. Vitamin A deficiency results in night blindness and formation of ulcers on the cornea. Vitamin A affects bone development through its effect on bone metabolism. Essentially, Vitamin A deficiency results in unchecked bone growth that in turn manifests as malformed bones and joints. Vitamin A directly affects immunity through both production of antibodies and through maintaining an adequate barrier to infection with healthy epithelial cells. Vitamin A deficiency reduces the primary antibody response in the event of infection.

Additionally, vitamin A’s role in the maintenance of mucous membranes and epithelial linings directly affects other production parameters. Deficiency often results in keratinization (a form of thickening and hardening of tissues) and thus a loss of tissue function and increased susceptibility to infection. Keratinization of the digestive and respiratory tracts results in diarrhea and pneumonia. These are typical secondary symptoms of vitamin A deficiency. Keratinization of the reproductive tract results in poor sperm production in males and early abortion in females.

The body cannot make enough vitamin A, thus it must be provided by the diet. However, plants cannot manufacture vitamin A. Luckily, plants are able to make carotene, which is a precursor to vitamin A. The animal converts carotene into vitamin A within its body. Plants contain carotene to varying degrees. A relatively good indicator of carotene content is the degree of greenness of the plant. Fresh forages and early cut, leafy, green hays have high carotene content. Cereal grains (excluding yellow corn) have poor carotene content. While yellow corn has more carotene than other cereal grains, its content is only one-tenth that of well-cured quality hay.

Vitamin A is stored in the liver and can be built up during times of abundance to help animals cope during scarce periods. It is believed that healthy adult livestock can store sufficient vitamin A to last 6 months if necessary. The storage capacity of young animals is much less than this. Borderline deficiency is much more common than severe deficiency, as with most nutrient deficiencies. The need for vitamin A is greatest during calving (kidding or lambing), breeding and other times of stress. 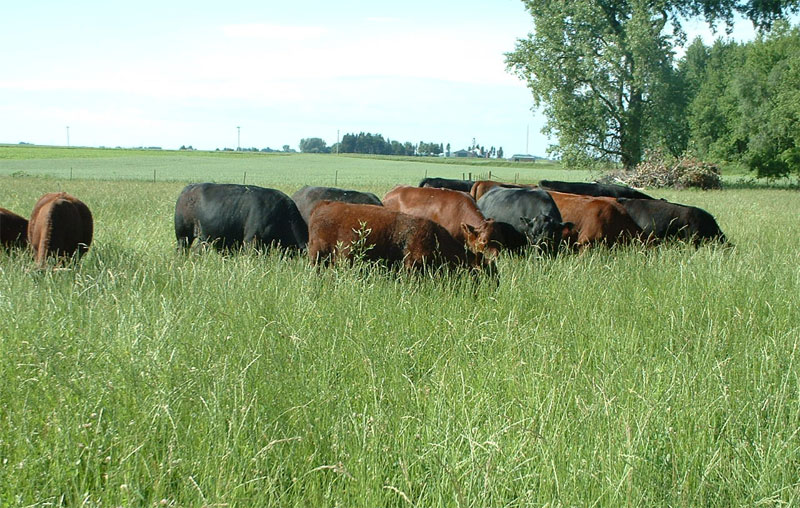 Ruminants most susceptible to vitamin A deficiencies are commonly on diets containing a high percentage of grain and/or do not have adequate access to green growing forages. This is most common in situations of inadequate pasture area (overgrazing) as well as during times of drought and winter.

Ruminants deficient in vitamin A are more susceptible to eye infections such as pinkeye. They are also more susceptible to respiratory diseases and exhibit poor heat tolerance. A lack of vitamin A results in decreased reproductive efficiency in both males and females. All sources of vitamin A are relatively unstable and degrade over time. The carotene content of hay decreases during storage. The amount of degradation depends on temperature during storage, exposure to air and sunlight, and amount of time in storage. Under average conditions, the carotene content of hay can be expected to drop roughly 6 to 7% per month. Thus, hay that is over 6 months old has lost at least half of its vitamin A activity. The vitamin A content in commercial feeds and supplements also decreases over time. Generally a loss of over 50% over one year is common. For this reason it is important when purchasing feed or mineral/vitamin supplements to only purchase that which can be consumed within 6 months or less. Talk with your feed manufacturer for specific storage recommendations on the products you are utilizing.

For information about which SWEETLIX supplement will best fit your specific situation, visit your local SWEETLIX dealer, or call 1-87SWEETLIX.