It makes sense to utilize Rumensin® to maximize weight gains on high quality small grain forages in the spring. Rumensin makes additional energy available to the animal through manipulation of rumen fermentation. Based on research growth trials, it can be calculated that the additional energy derived from feeding 200 mg of Rumensin daily to growing calves is equivalent to the energy derived from roughly 1.0 lb of corn. With so many Rumensin supplement options available, why are SWEETLIX® Rumensin® Pressed Blocks the best option for stocker cattle operators wishing to feed Rumensin? 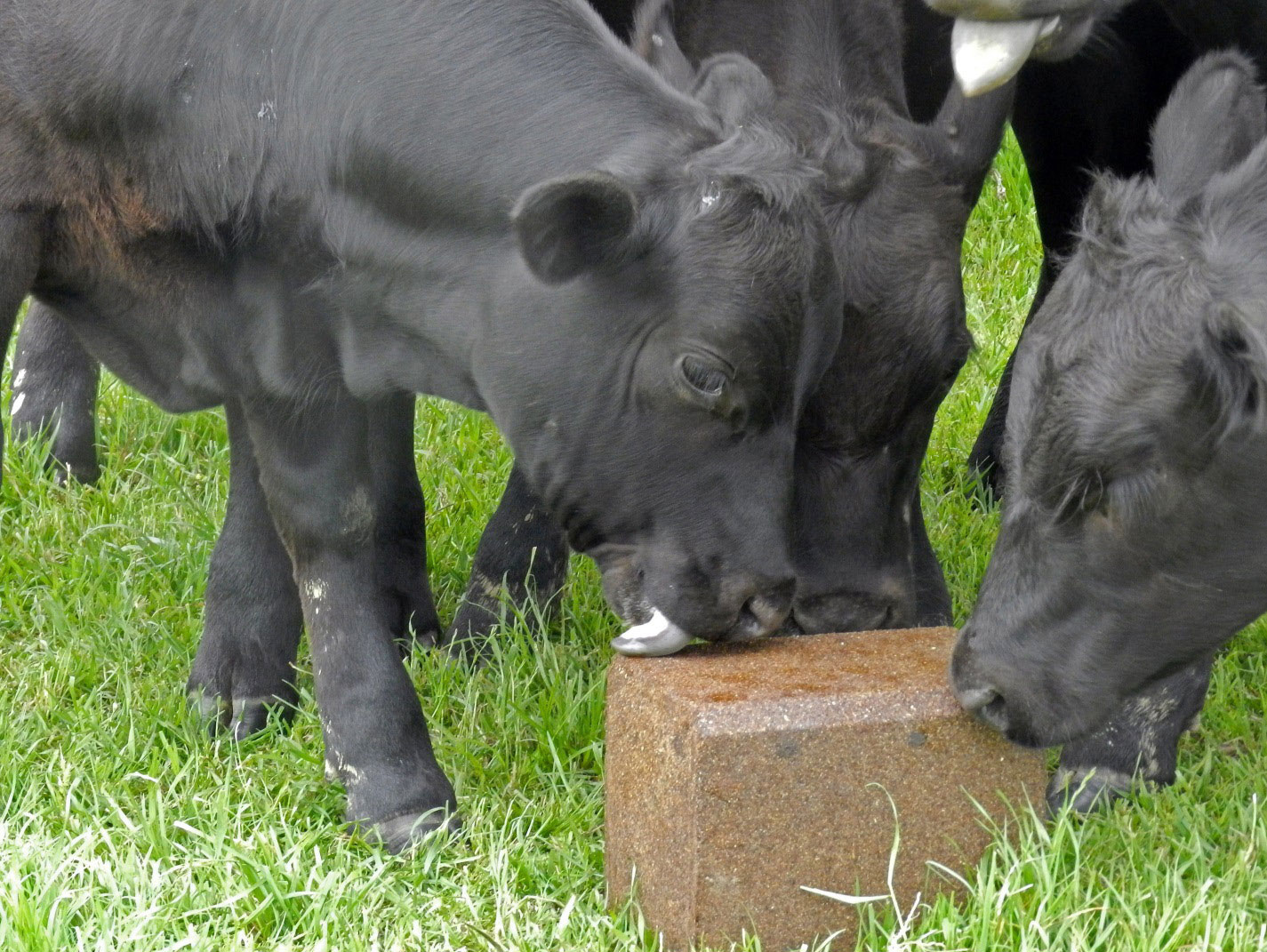 The protein and energy levels in small grain forages (wheat, rye, oats) are typically adequate to meet a stocker calf’s needs, so paying for extra protein and energy in the form of a medicated feed mixture is a waste. Plus, the microbes that digest grains compete for space and resources in the rumen with the microbes that digest forages. So why feed a grain mixture when we are trying to enhance the population of fiber-digesting microbes in the rumen?

Additionally, supplement intake is more consistent with SWEETLIX Rumensin Pressed Blocks than with a medicated feed mixture where intake is based on dominance rank and bunk space. Highly palatable SWEETLIX Rumensin Pressed Blocks are designed to consistently attract calves even under lush growing conditions; however, calves will not over-consume blocks. Maintenance merely involves keeping the proper number of blocks available to the calves at all times.

Table 1. An illustration on expected costs and returns for SWEETLIX Rumensin Pressed Blocks.

SWEETLIX Rumensin Pressed Blocks offer ease of use that other supplements do not. These weather resistant blocks can be placed directly on the ground where desired, eliminating the need for bunks or special feeders. Due to their convenient size, they are ideal for rotational pasture situations and can be easily moved when the cattle move.

In conclusion, lightweight stocker calves have the ability to convert cheap forages into rapid gain. Use of Rumensin will increase the amount of energy available to the calves through manipulation of ruminal fermentation, thus resulting in increased weight gain and feed efficiency. Research has shown that stocker cattle gain an additional 0.2 to 0.25 lb* per head daily on average compared to stocker cattle that receive no Rumensin. The SWEETLIX Rumensin Pressed Block is an economical, convenient method to deliver Rumensin as well as essential minerals and vitamins to stocker calves under pasture conditions. SWEETLIX Rumensin Pressed Blocks pay for themselves in terms of increased gain and feed efficiency.

*While these results are typical, individual weight gains may be more or less than that stated due to differences in cattle types, environment, management practices, etc.

**Costs will vary according to average intake rate as well as location. These costs are based on 4 oz intake per head per day.

Rumensin® is a registered trademark of Elanco Animal Health, Indianapolis, IN